The feature-length documentary Backlash: Misogyny in the Digital Age by Léa Clermont-Dion and Guylaine Maroist plunges us into the vortex of online misogyny and documents hatred towards women.

This tour de force reveals the devastating effects such unapologetic hatred has on victims, and brings to light the singular objective of cyber-misogyny: to silence women who shine. Some targets of cyber-violence will crumble under the crystallizing force of the click. Others, proud warriors, will stand tall and refuse to be silenced. 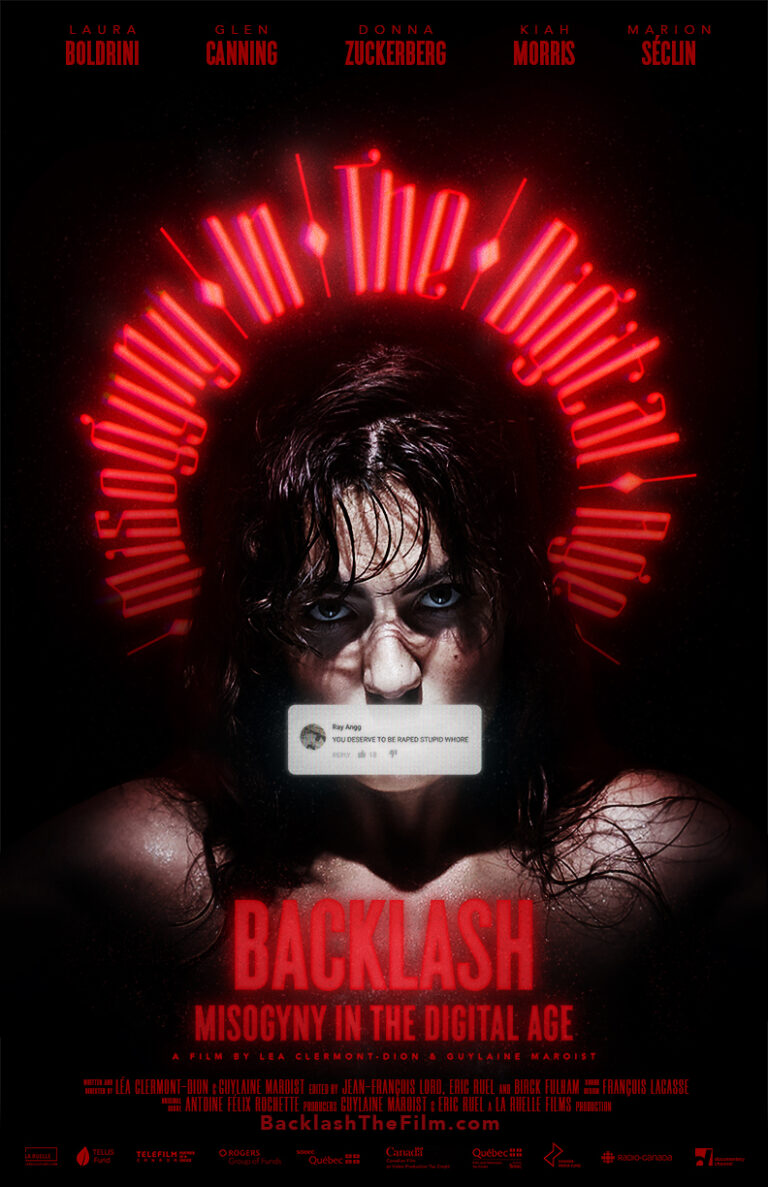